Making the Case to Spend (More) Time on Social Media 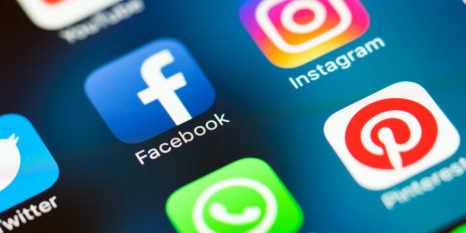 Jim (a Gonser Gerber client) is convinced his Advancement operation needs to be spending more time engaging people on social media. He and his team have created a solid communication plan using all the traditional methods (web, magazine, email, e-newsletters, direct mail, phone calls, one-on-one visits, formal and informal events, volunteer opportunities, etc.). But something’s missing, and he knows it.

During visits with constituents, he hears them mention their social media activities, and he tries to connect with them afterwards. His growing LinkedIn connections are proof they are there. But the fact remains, his organization has only a very basic presence on social media.

Recognizing many people working in Advancement understand that promoting their organizations and engaging their constituents on social media is time well spent, the biggest hurdle you may face may be the same one Jim is facing — convincing the boss you should be spending more time doing this kind of work.

Sounds familiar? Then it’s time for you to make the case for spending (more) time on social media messaging. Here are some points to consider.

1. Zero budget impact. Often times, the first hurdle in recommending something new is finding money to fund it. The good news is that getting started, or increasing your current social media presence, doesn’t add anything new to the budget. Granted, nothing is truly “free” – there are some indirect costs of social media, such as the time you spend crafting messages, monitoring posts, and responding to questions and inquiries. This cannot be ignored. But assuming you can find this time, there aren’t any hard cost increases to account for…at least not initially. As you engage more individuals and become more sophisticated in this work, you’ll likely want to invest in paid ads and tools that increase your efficiency and effectiveness. But let’s not get ahead of ourselves. Your initial investment, outside of your elbow grease, is $0.

2. Your constituents are there. If you can survey your constituents to understand their social media activities and know what channels they actively use, this may be the only data you need to make your case. But if this isn’t possible, there are plenty of stats that will help you make the case. The Pew Research Center is a great resource. According to the Pew, 8 out of 10 online Americans adults (68% of all Americans) use Facebook. If this stat is too broad, it can be filtered to show social media adoption by age group. Often, we assume older individuals cannot be reached on social media, but would you be surprised to know that 62% of those aged 65+ are currently on Facebook? In fact, this is the fastest-growing demographic in social media adoption. Suffice it to say, your constituents are on social media! And if you had to choose one channel, Facebook would be a wise choice.

3. Your peers and “competitors” are there. As Advancement professionals working in the nonprofit arena, we don’t like to acknowledge that we have competitors. But it is a reality. According to Giving USA, the number of 501(c)(3) organizations has increased 13% in the last decade to around 1.2 million. Yet during that time, total giving as a percentage of disposable income has remained flat at 2%. This means competition for the philanthropic dollar is fierce. And your competition is most likely on social media, sharing their stories and engaging their constituents.

Your peers are there too, which could be an even greater motivator to your decision-makers. In his book, Invisible Influence, Jonah Berger spotlights the power of peers through an energy consumption experiment done in San Marcos, CA. In trying to encourage a reduction in energy use, the experiment initially tested the influence of three appeals sent to three different groups of homeowners: 1) saving money, 2) environmental conservation/protection, and 3) being good citizens. Surprisingly, none of the appeals worked…they had no impact on homeowners’ energy consumption. Then experimenters tried a fourth “social norms” approach based on what others in their neighborhood were doing. When sending messages such as, “77% of your neighbors use fans instead of air conditioning to keep cool in the summer,” they saw noticeable decreases in energy usage. Could spotlighting what your peers are doing in social media have the same influential affect?

Are you ready to make your case? Begin by putting it in writing, using the information above as a starting point, and then personalize it. Don’t forget to articulate who will be responsible for messaging, monitoring, and responding.

Jim’s ready. Are you?

Kent Huyser, partner at Gonser Gerber, has more than 16 years of experience in non-profit and advancement leadership. Prior to joining Gonser Gerber, he was Associate Vice Chancellor for Advancement at Metropolitan Community College, Kansas City (MCC) where he led a successful advancement program and launched the first comprehensive campaign for $20 million and reaching record fundraising levels.

Giving And The Loneliness Epidemic
December 7, 2022

On MacKenzie Scott and the Impact of Giving
November 29, 2022

Our upcoming webinar will focus on the aspects you control within your advancement staff and organization to hire, retain and continually inspire your team. Jan. 11: buff.ly/3z8wfDF
… See MoreSee Less

Who are you supporting this #GIVINGTUESDAY?
… See MoreSee Less

Wishing you all a very Happy Thanksgiving!
… See MoreSee Less

Has your advancement team thought about the various ways you can capitalize on these reunion years? Join our webinar to learn more: December 1 buff.ly/3VySOfh
… See MoreSee Less