A Sublime Moment of Generosity 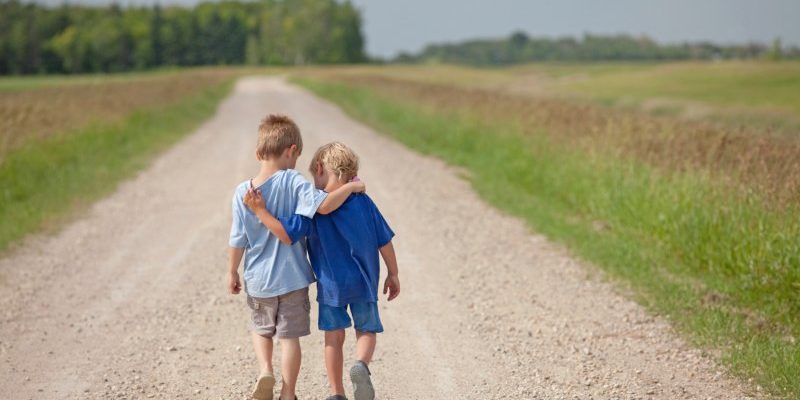 “Daddy, would you like to try my eggs”? “No, thank you,” I replied early one quiet Saturday morning to my seven-year-old son as we sat alone around our breakfast table. Seconds later his persistent query continued, “Daddy, would you like to try my eggs”? Again, I replied kindly “No, thank you.” After the third “invitation” to try his eggs, I paused before offering another blithe response, now curiously intrigued by his unrelenting offer. Had he done something special to his eggs, perhaps covered them with a “secret sauce” rendering them irresistible? Imagine my surprise, then, when I noticed that his scrambled eggs lay perfectly undisturbed on his plate, not a single bite encroaching on the perfectly round and fluffy pile of traditional American breakfast fare.

I wish I could say some deep insight emerged at that moment about what was motivating his steadfastness. However, that would be a far stretch of the truth, the kind that bloggers make up to erringly (in most cases) present themselves as incredibly intuitive and deeply understanding of the human psyche.  In my case, it wasn’t till several days later, when for some unknown reason I found myself reflecting on the exchange, that I began to consider that his invitation may not have had anything to do with his tasty eggs, but everything to do with his desire to “give” me something.  I suppose this thought should have been more immediate since I have spent my professional life encouraging others to give generously to worthy causes.

On the other hand, perhaps my delayed revelation uncovers a misstep that we as professional fundraisers (or, in my case, a former professional fundraiser turned consultant) are prone to. How often are cues from those who value the work we do overlooked – the sort that reveals a deeper desire to become more engaged with us and give us something? A small but consistent increase in their annual gift, a quick response to our latest direct mail, a ubiquitous presence at our events, consistent engagement on social media platforms – all cues that, either individually or collectively, may expose an eagerness to become more involved in supporting the good work of our organizations. For me, and presumably, for you, schedule demands and administrative responsibilities frequently crowded out my awareness of these hints. And as a result, these valuable supporters stagnate, never fully engaged, left untouched until their excitement wanes and their passion, in many cases, is caught by another organization.

So, what’s the best response to this unfortunate oversight?  Our firm counsel clients to spend time developing thoughtful practices to uncover donors whose behaviors (or within the context of this blog, “invitations”) suggest a desire to become more deeply engaged.  Identify and acknowledge those donors who increase their gift regularly, even if the increases seem small.  Track response times to direct mail and event attendance. Capture who hits the “Like” button on Facebook posts or shares your LinkedIn articles.  Those organizations who are relentless in not missing these cues are discovering many more donors who, properly engaged and inspired, become much more generous toward their work.

And, never one to leave a reader wondering, after the third invitation, I tried his eggs, hemmed and hawed about how good they tasted, kissed his blonde head and verbally showed my appreciation for his kindness.  In retrospect, not only was I not robbed of a sublime moment of generosity, but the goodness of giving was reinforced in his little seven-year-old heart.

Charlie Shepard, Senior Consultant at Gonser Gerber, provides development consulting services to non-profit organizations in all aspects of institutional advancement. Prior to joining Gonser Gerber, Charlie served the Advancement field for more than 18 years, with his most recent position as Vice President for Institutional Advancement at Asbury University in Kentucky and The University of Findlay in Ohio.

Giving And The Loneliness Epidemic
December 7, 2022

On MacKenzie Scott and the Impact of Giving
November 29, 2022

Our upcoming webinar will focus on the aspects you control within your advancement staff and organization to hire, retain and continually inspire your team. Jan. 11: buff.ly/3z8wfDF
… See MoreSee Less

Who are you supporting this #GIVINGTUESDAY?
… See MoreSee Less

Wishing you all a very Happy Thanksgiving!
… See MoreSee Less

Has your advancement team thought about the various ways you can capitalize on these reunion years? Join our webinar to learn more: December 1 buff.ly/3VySOfh
… See MoreSee Less